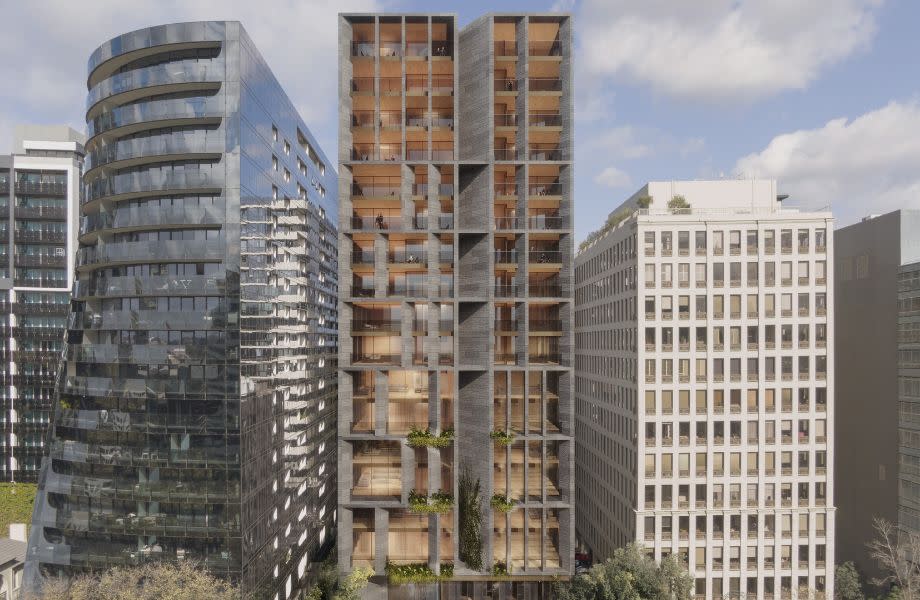 Melbourne-based developer Orchard Piper has teamed up again with The Carter Group, this time to turn a six-storey office block on St Kilda Road into a $300 million hotel and apartment complex.

Plans filed with the City of Melbourne call for a five-star, 108-key hotel, approximately 55 apartments, a day spa, a restaurant and bar on the mezzanine floor, and a cafe on the ground floor. The building will have 17 floors.

Orchard Piper manager Luke McKie, who described The Carter Group as “close family friends”, said they had approached them about a joint venture development. Carter would remain the landowners and Orchard Piper the developers. This is the fifth time the duo have collaborated.

The project aims to serve Melbourne’s major sporting and cultural events such as the Formula 1 Grand Prix, Australian Open and the nearby National Gallery of Victoria.

The popular 2400m² mixed-use site at 448 St Kilda Road was acquired by The Carter Group over 20 years ago.

Orchard Piper has chosen Singapore-based Kerry Hill Architects to deliver what will be their first project in Melbourne.

With an office in Perth, KHA has 40 years of hotel design experience, primarily in Japan, India and South East Asia.

In Australia, they are behind the Tingirana and Seahaven resorts in Noosa, as well as the Albert Tower residential project in Melbourne.

Part of KHA’s brief was for the exterior of the building to be clad in locally sourced saw-cut bluestone, in a nod to early structures on St Kilda Road.

“There’s been a lot of offshore development over the years and we really felt we wanted the building to be very local, very Melbourne and have material that represents the city,” McKie said.

“There’s a bluestone walkway to the CBD and then you go down to the National Gallery of Victory and the Roy Grounds bluestone, there’s the Victoria Barracks, Melbourne Grammar and The Melburnian. All are bluestone buildings.

“Kerry Hill’s main driver for its architecture is a sense of place and the sense of place here is that it will be clad in bluestone. It was perfect for them. »