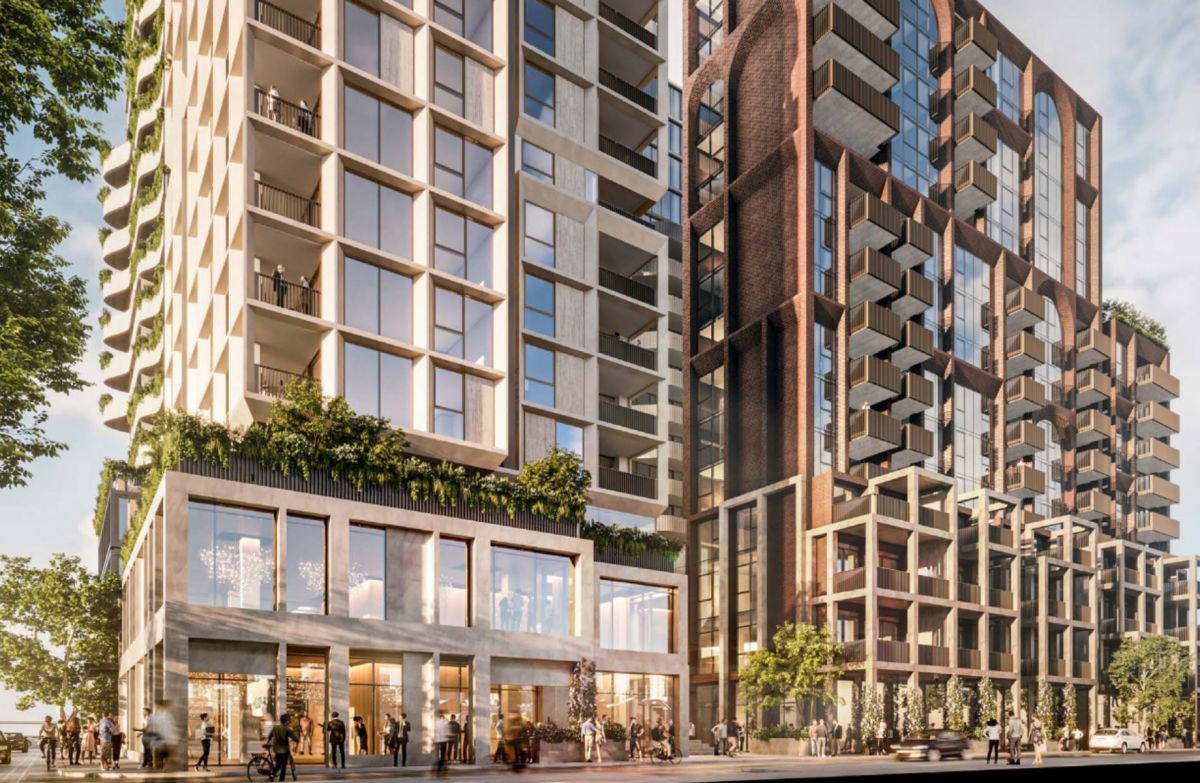 Cox Architecture designed the building, which includes 361 apartments and 313 parking lots, to create a community that connects Collingwood and North Richmond.

This is the second development that UEM Sunrise has engaged Cox Architecture on, having developed the Melbourne Conservatory.

“The site provides an excellent opportunity to respond to challenging urban conditions and develop an innovative architecturally designed neighborhood that complements Collingwood and becomes a catalyst for the region,” the Urban Context report states.

“The site is also seen as a great opportunity to connect the Collingwood community to the nearby North Richmond food and retail district along Victoria Street.

“The proposal is for a mixed-use neighborhood with a variety of heights and built form identities above a highly articulated podium.”

▲ The four-tower village designed by Cox Architecture will feature a mix of apartments of varying sizes and four townhouses.

The building comprises four different towers with a specific bounded design above a four-story podium, commercial office space, a town plaza and arcade, and ground-level retail.

According to Cox Architecture, the site offers the opportunity to create scale without harming other key corridors in the town of Yarra, and it could facilitate higher density.

“There’s no doubt that Collingwood has become a must-visit residential and commercial district, thanks to its proximity to the CBD, vibrant café culture and wonderful sense of community,” he said.

“UEM Sunrise is excited to bring our development expertise and vision to the region, to provide quality residential and commercial space to Melbourne’s growing population and to help drive job creation through the completion of the project.

The Malaysian developer was forced to abandon its Zaha Hadid-designed $330million Mayfair apartment project on St Kilda Rd in 2020 after slow sales.

It has instead focused its efforts on completing the flagship $800 million Aurora Melbourne Central project in the CBD, where 95% of sales were made in the first two weeks on the market.

Diatribe: the things we don’t talk about