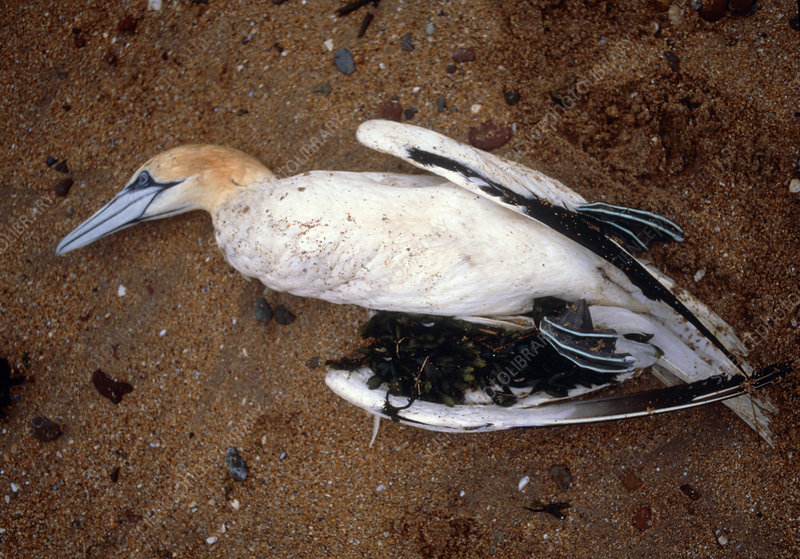 Gannets are dying and hardly anyone talks about it. It’s small beer, I guess, when there’s trench warfare in Europe, and when the Iberian Peninsula is on fire. A little beer when the UK has its own red heat alert, when our political system is corrupt, when, for many, ‘managing through’ is no longer an option. It is still a loss, and the one that is happening around us.

Up close, gannets are not cute like puffins, or angular and lithe like terns. Gannets look at you like resentful princes with kohl-rimmed eyes; but watch them plunge into the sea and you will witness something rare: form and purpose fused into fierce beauty.

Perhaps we take them for granted in Scotland. After all, 40% of the entire gannet population is found in our waters, and just twenty-five miles from our capital you can watch from the coast of East Lothian Bass Rock, the largest northern gannet colony in the world.

Gannets have been nesting on Bass Rock for hundreds of years, possibly thousands, and its surface is covered in their poop, so the island looks like a large wedge of chalk protruding from the Firth of Forth. Write to 16e century, Hector Boece refers to gannets as “Bass Geese”, while the Latin name, Morus bassanus, recognizes the importance of the island in the history of the bird. During the breeding season, 150,000 gannets nest here and the airspace around the island is teeming with them, like a shaken snow globe. David Attenborough describes the colony as one of the wonders of the natural world.

On the Ross of Mull a few weeks ago I found three dead gannets at Ardalanish. They were washed up on the beach like little bundles, splintered, feathers ruffled and crusted with sand, eyes glassy. I say little, but they are burly birds, with a wingspan that spans six feet. On the beach, the wings of the dead gannets were twisted and dull, not resting, not shining, like the wings of a live gannet as it dives for mackerel or herring – “a white anchor dropping “, as Norman MacCaig has it in his poem ‘Movements’.

They are also known as Solan Geese, which seems to derive from sule Where SulaOld Norse for Gannet. In Hector Boece’s day they were an integral part of the national diet, and in 1525 ‘auce solanes’ were served to King James V at Holyrood; and when he took his court hunting in Fife, the royal kitchen ensured that quantities of gannets were carried to the palace there in Falkland. Not everyone liked to eat them. James’s great-great-grandson, King Charles II, scourge of 17e Presbyterianism of the last century, said there were only two things he didn’t like in Scotland: Solan Goose and the National League and Covenant!

Adult gannets are mostly white, but their heads and necks tinge yellow in spring, and they have black-tipped gable feathers – a stylish contrast that accentuates the length and angle of their wings. When they hunt, they soar through the air, sometimes a hundred feet high, and then fall, harnessing gravity, reaching speeds of sixty miles per hour.

around 19e century the popularity of gannet meat had declined, but until the 1850s 2,000 gannets were harvested each year from the Bass Rock and sold in Edinburgh’s poultry markets; while gannet fat, boiled at Canty Bay on the coast, continued to be used as a medicinal ointment and, more recently, as a lubricant for greasing the axles of carts and threshers. Meanwhile, in St Kilda, Scotland’s most westerly archipelago, men were still climbing the cliffs of Stac Lee and Stac an Armin to pick young gannets – “guga” in Gaelic – their meat dried and stored in stone “cleits” for winter food.

Guga hunting ended at St Kilda when Hirta, its only inhabited island, was evacuated in 1930. But the practice continues at Ness on the northern tip of the Isle of Lewis, where a handful of men from the villages still sail every year to Sula Sgeir. , ‘Gannet Skerry’, which lies forty miles out into the Atlantic, nearer Iceland than London. Ness men spend a fortnight there harvesting guga, and the meat is considered a delicacy in Lewis and part of its culinary and cultural heritage. I’ve never tried it, but friends tell me that, as you’d expect, it tastes more like fish than poultry. This year, for only the second time since World War II, Ness’ men are not going by boat to Sula Sgeir. The last time the hunt was cancelled, in 2020, was due to the Covid pandemic.

If you give yourself the time to observe gannets, perhaps while they are hunting mackerel in a bay in East Lothian, or in the sound between two islands in the Hebrides, you will find that there is no there is nothing monotonous in their life, that every day is a constant fall. and dive, a perpetual roller coaster ride. You will also notice, if you keep an eye on them as they fall, that there seems to be an acceleration the instant before they hit the water; but in reality, it is only their necks stretching forward and their wings retracting, as they lengthen to reduce drag, to become spears for skewering fish.

It was not Covid that canceled this year’s guga hunt on Sula Sgeir. There are other pathogens on the loose. In 1996, in crowded poultry farms in southern China, a virulent strain of bird flu emerged. The strain, H5N1, has continued to cause carnage among the domestic bird population, with intensive animal husbandry particularly conducive to the rapid transmission and high mortality of the disease. Spreading across Asia and Europe, H5N1 inevitably made the leap from farmed to wild birds. Here in Scotland, earlier this year, around 20,000 barnacle geese were killed by the disease as they wintered on the Solway coast. Now it’s hitting the seabird population, and especially species that nest together in large colonies, like gannets.

Imagine the force needed to keep a madman’s neck from deforming on impact, to keep the spear of his body straight; imagine the sharp tip of its beak. In the past, fishermen would have hunted gannets by pinning herring to wooden planks that they cantilevered from the back of their boats. A gannet aiming for the silvery shard of herring would strike the plank with such force that its beak would pierce the wood like a hammered nail.

Seabird populations fluctuate, and sometimes their numbers drop dramatically – this is known in scientific parlance as ‘wreckage’. The cause is often a lack of food created by unexpected or adverse weather conditions. In 2014, more than 50,000 seabirds, mainly puffins and guillemots, were shipwrecked off the coasts of the UK and France. Unusually strong winds and rough seas had scattered the schools of fish, and the result was starvation for the birds. Climate change is increasing the frequency of shipwrecks, making it more difficult for seabird populations to recover, and now bird flu is adding to the toll.

Images of colonies around Scotland reveal a significant reduction in the number of nesting gannets, as well as corpses of dead birds lying among the living. I looked at footage of a northern gannet showing advanced symptoms of H5N1; he was on the ground trying to walk, but disoriented, staggering drunkenly, his head bobbing, his smooth neck twisted. I don’t think it’s an easy death.

Small beer, the suffering of gannets, and with endemic H5N1, there is not much to do. “Them’s the breaks”, as our discredited PM would say. “Let the bodies pile up”, as he also said, because there will be no deployment of vaccines for the gannets. I dare say that the species will survive, the population decreasing, perhaps collapsing, then slowly rising again; just another wreck to be reckoned with in a broken world.

It’s not easy to deal with a loss, to really look at it, to taste it and not let your tongue go numb. Maybe it helps to hold in your mind the glow of gannets as they fall from a great height; huge live gannets that are like “trident heads, / bombarding the water with green silk”. It’s MacCaig again, really watching, helping us to honor and celebrate, and mourn; encouraging us to take the time to observe gannets and find it worth the effort.

Yulia is a Ukrainian refugee. Australia saved her.