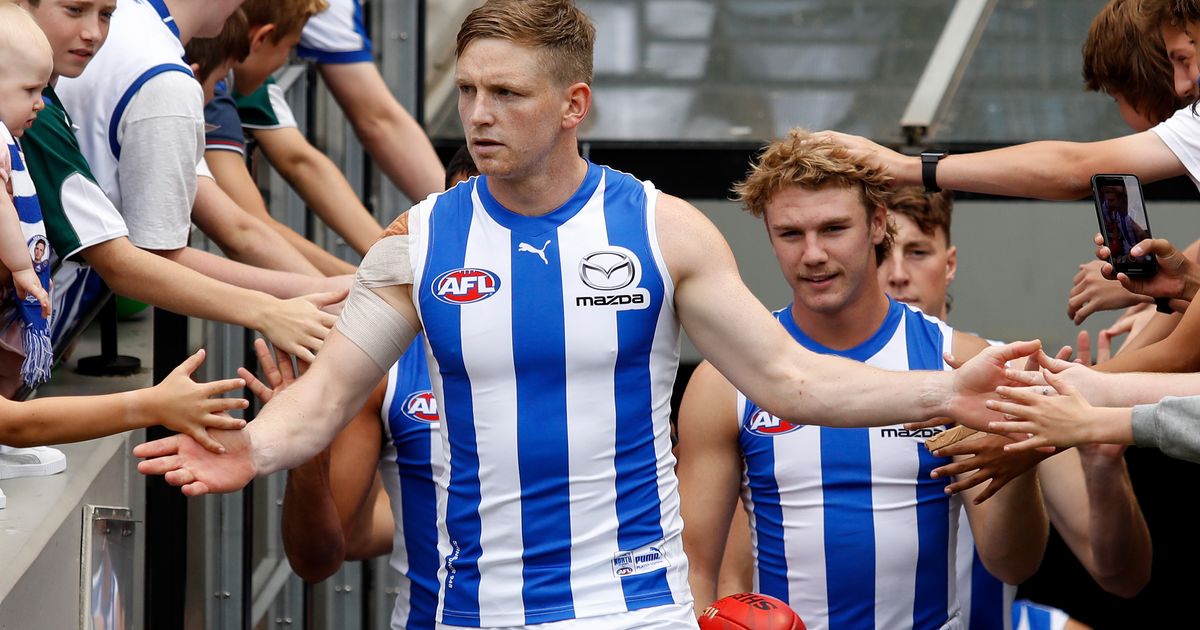 This weekend, Jack Ziebell is set to join an exclusive football club in North Melbourne. If he does feature against St Kilda, he will become just the 12th player to record 250 senior appearances in North Melbourne history.

Ziebell will also have the honor of reaching the milestone as club captain. Holding the torch since 2017, he will become just the fourth Kangaroos skipper to win the magic 250 games behind club greats Wayne Schimmelbusch, Anthony Stevens and Adam Simpson.

Ziebell has left an indelible mark on the sides of this new generation of the North, and he continues to help rebuild the club’s on-pitch performance from the ground up by mentoring the next batch of stars.

He says the milestone is something he will reflect on when the time comes.

“I didn’t think in my wildest dreams I would get to this point in my career and it’s been a great journey and I’ve had some fantastic memories along the way, and hopefully a few more will come along. It’s been one hell of a ride,” Ziebell said.

“I remember when I started some of the older guys, Drew Petrie, Boomer Harvey, Michael Firrito told me I really had to enjoy my football career because it’s going very, very fast and I remember sitting there laughing at those guys [thinking] I’m 10, 15 and it’s going to be great.

“It’s my 14th year and truer words have never been spoken by these guys. It’s going really fast.”

Whether it’s Game 1 or Game 400, no AFL player has ever reached a milestone with only themselves to thank. It takes a village to raise a footballer and for Ziebell it’s no different.

Drafted into the squad with the ninth pick in the 2008 NAB AFL Draft, Ziebell found his way to Arden Street ahead of Dani Laidley’s final season at the helm. He then played under interim coach Darren Crocker before Brad Scott, Rhyce Shaw and now David Noble took over.

Always the team man, Ziebell has played forward, through the middle and, most recently, off the baseline for his beloved Kangaroos. He says he’s looking forward to using his experience to help his team move up the ladder.

“My motivation at the moment has probably changed a bit over the past couple of years to help guide our young grassroots players through this transition phase and get our club back in place as quickly as possible,” he said. declared.

“It’s funny how in your career you go through different ways of motivating yourself. At first you’re just determined to get a game and once you get a game you want to keep playing at the game. senior football Once you establish yourself in the team you want to start winning and after that your motivations change a bit from year to year.

“When I started we were on the bottom rung and this build was a hell of a journey to get to this point where we were in back-to-back Preliminary Finals in 2014 and 2015.

“For me, using that experience with these guys right now, I want them to experience it as soon as possible because that’s the pinnacle of why we play football.

“There are tough times when you go through what we’re going through right now, sometimes it takes a bit of thick skin to get through it but I know the core of our group and what we stand for and what we want to achieve.”