The large number of exceptional openings this year is a testament to the tenacity of Melbourne’s hospitality industry. And while restaurants remain under immense pressure – now facing a widespread staff shortage – we raise a glass to each person helping to create the magical dining experiences we’ve dreamed of locking in.

We want to call out the new restaurants that impressed us the most in 2021 – whether it’s highlighting a cuisine we should be more familiar with, cleverly reinventing a cuisine we thought we knew (with the greatest of respect traditions), or simply forge ahead at a time when failure seemed inevitable.

Here are nine of the best to show your support. We’ll see each other there.

Carlton’s new pasta paradise opened on Nicholson Street in early 2021, but alcohol licensing delays kept it from serving alcohol for months. But now all systems are gone, and there is a lot to love about it. Most importantly, Al Dente is a success story for visa and lockdown holders. It was originally a pasta delivery service set up by Italian chef Andrea Vignali when he was removed from his post at Melbourne institution Grossi Florentino during the lockdown. It’s now a chic, full-fledged restaurant serving crab ravioli and tortellini with toppings such as cacio e pepe or duck, as well as homemade pasta and sauces to go. But it’s not just pasta: find beautifully executed scallops that will have you ordering seconds, and remarkable torta sabbiosa. 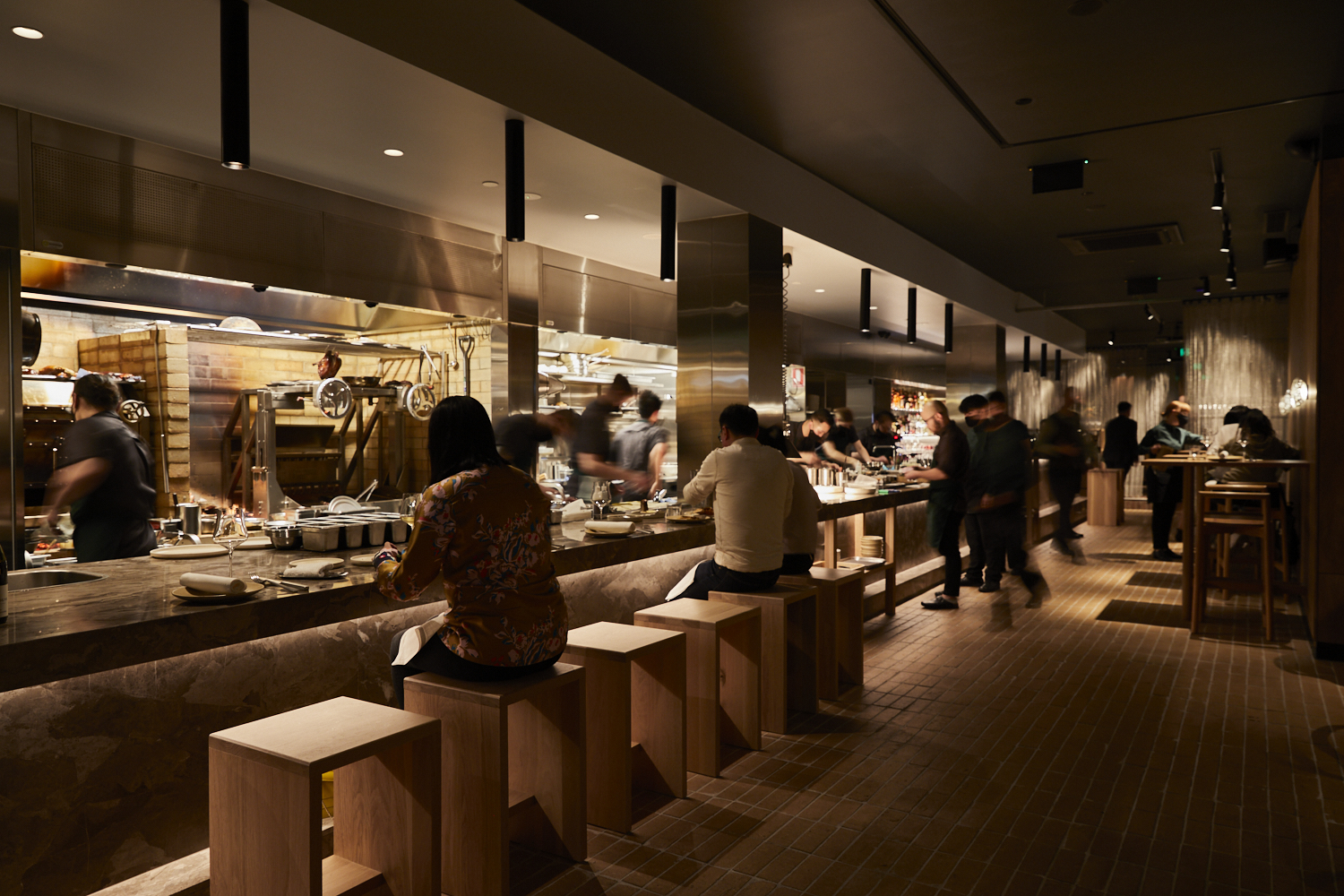 Southeast Asian flavors, native Australian ingredients and ancient techniques intersect at this highly anticipated new CBD restaurant, by a Michelin-starred chef who knows how to nail the formula: Khanh Nguyen, the man behind Sunda. In a dark and sultry environment, enjoy playful riffs on classics – like banh mi, peking duck and mi goreng. But not in a fanciful way, thanks to “precision, technique and a clear respect for the source material”, as Large format sheet editor Chynna Santos put it so perfectly. There’s also a surprisingly extraordinary duck sausage sanga, for which Nguyen took inspiration from Vietnamese nem nuong (grilled pork sausage) and Bunnings snags. With refined dark green marble, dramatic arched windows, and candelabra throughout, Scott Pickett’s latest addition brings old-world European elegance to a heritage listed CBD building. It hits you as the doors open, and your eyes adjust to the dim lighting in historic Normanby Chambers on Little Collins Street. (Pickett says he’s inspired by “those wonderful bistros in the back streets of Paris.”) Led by Rob Kabboord of Merricote, the kitchen turns out to be extravagant charcuterie platters; soft ricotta gnocchi; and sumptuous grill for one and grill for two options. Also on the menu: a few kinds of caviar, with buckwheat blinis and classic condiments, available by the gram or in a box. 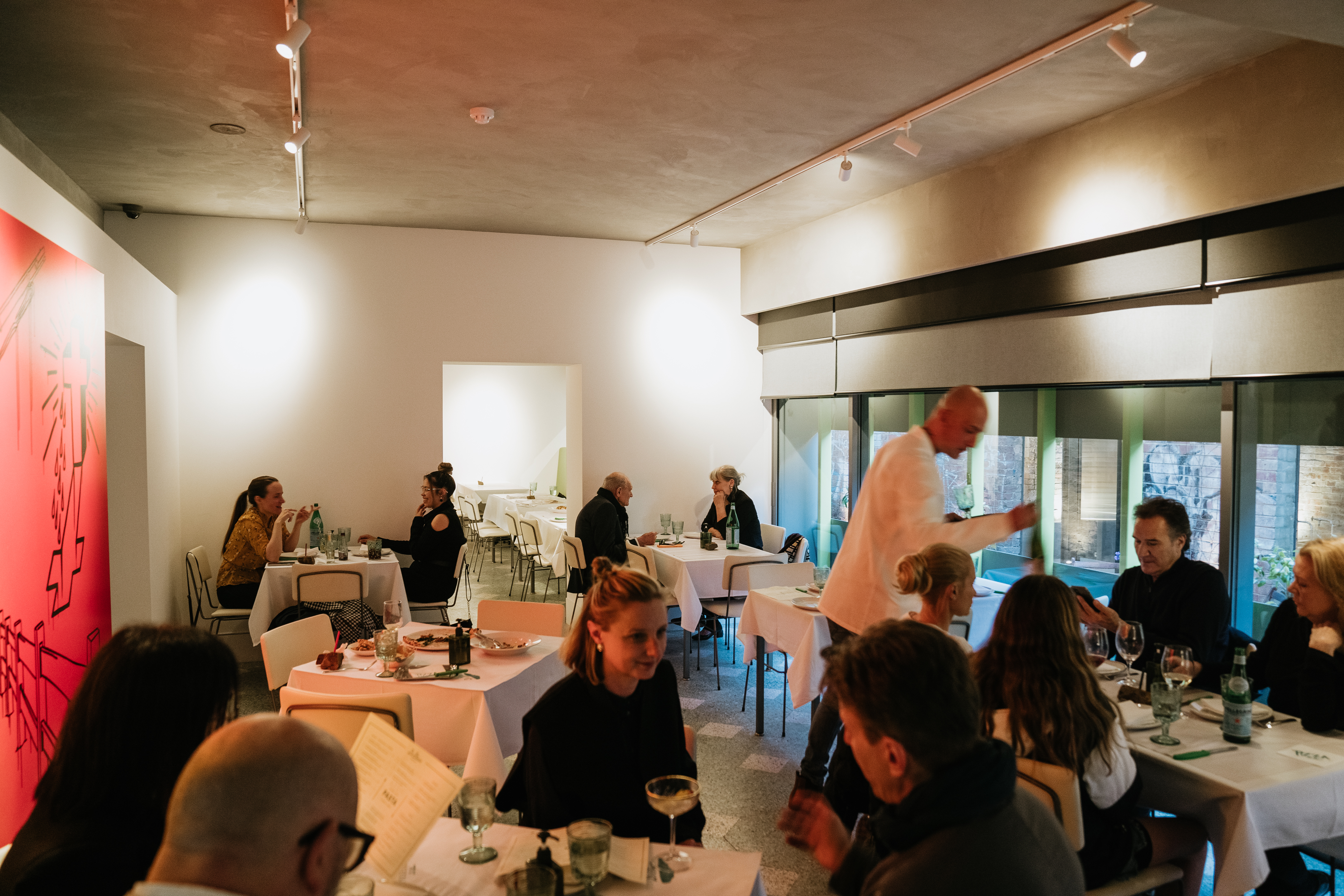 Easily the Pizzeria of the Year, it’s a great tribute to Carlton’s Italian heritage. And this is the first foray into pizza for Rinaldo “Ronnie” Di Stasio and Mallory Wall – the prolific duo behind Café Di Stasio in St Kilda and the inimitable Di Stasio Citta. There are nine pizzas on the check menu, from one classic margherita to another with lobster, lard, fior di latte and herbs. And the fondant fior di latte is a must-have at the end of a meal. As with Citta, he blurs the line between restaurant and art gallery perfectly; the green-toned interior is dotted with works by Reko Rennie and Shaun Gladwell. But walk down a gravel path outside to find a “secret garden” with a 17th century Italian stone fountain. It could be a completely different restaurant – or country – but it’s definitely one of the best new places to have a spritz this summer. 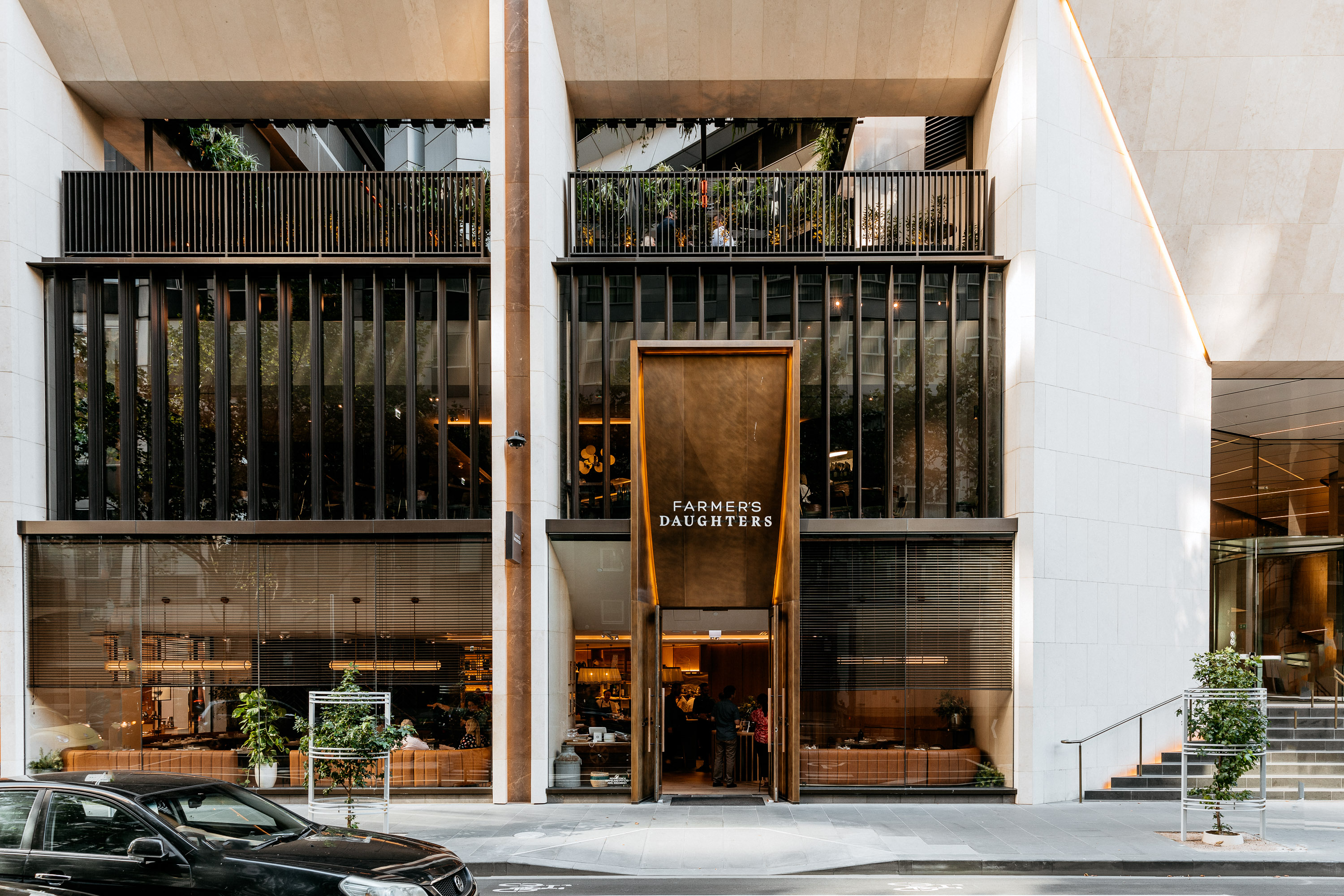 Four years in the making, Farmers Daughters is the three story love letter from former chef Pastuso Alejandro Saravia in Gippsland – smack in the middle of Melbourne in the booming 80 Collins neighborhood. Here, the famous local Peruvian chef puts his roots aside to showcase his obsession with the products of the Victorian region and the people behind them. Downstairs is a casual take-out grocery store serving homemade pies and cold cuts. Next comes the suave restaurant fueled by smoky “campfire cuisine”, with delicately roasted Alpine trout and sugar cabbage. And at the top is a calming greenhouse-like rooftop oasis with a “very dirty” Martini. 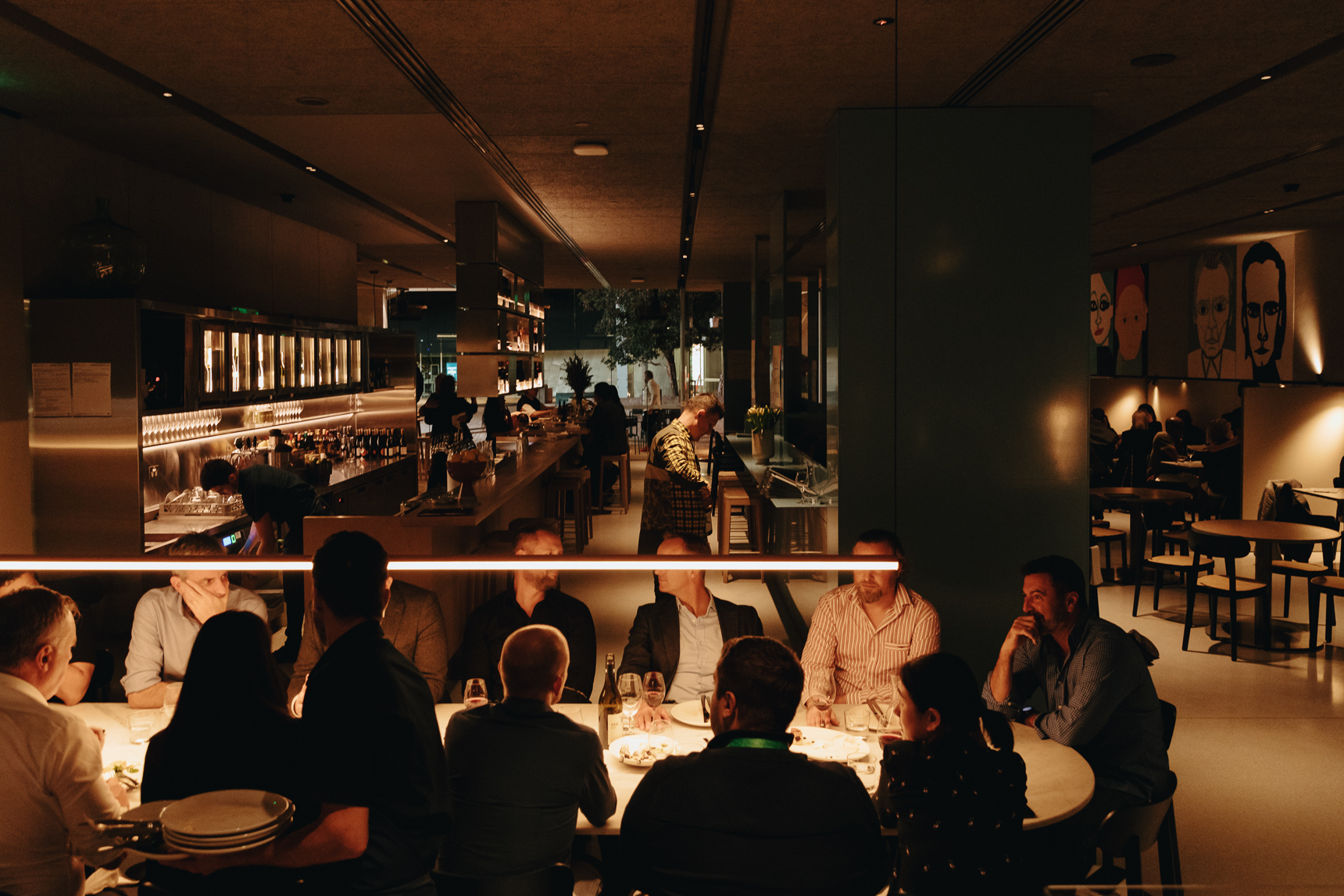 This is a top level museum restaurant. At the recently reopened Australian Moving Image Center (Acmi) in Fed Square, celebrity chef Karen Martini runs an all-day dinner with elegance and understatement. That means a sandwich, of course – it’s a number of white bread with breaded fish, a crispy iceberg, and a layer of tartare, which Martini ate regularly for lunch during the lockdown. (The whimsical Filet-o-Fish is one of the best new sandwiches in town.) Other highlights: potato focaccia with a Noma edge, Gilda pintxos with red peppers and a spring paccheroni (with peas, de ricotta and mint oil). Go with a group large enough to occupy the sprawling back table. 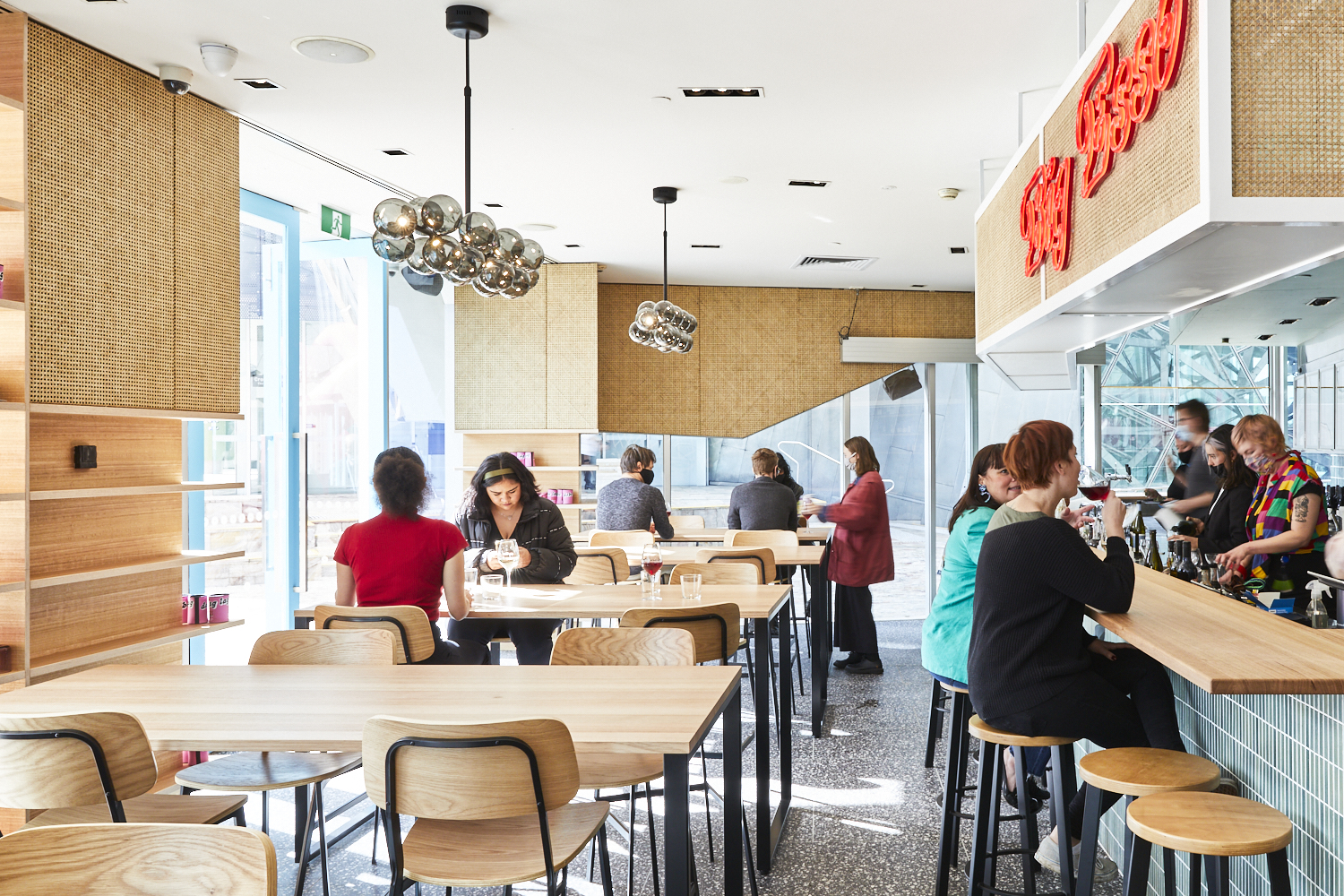 With her cozy Mabu Mabu cafe in Yarraville, Chef Nornie Bero has been making native food more accessible to Melburnians for years – sprinkle with savory, strawberry gum, acacia, lemon aspen, peppery berries and more. native ingredients through eggs, tacos and fried chicken. But she now has a second larger platform for her advocacy for indigenous food – at Fed Square, in the land of the Wurundjeri people. Bero is from Mer Island in the Torres Strait, and her new all-day bar and restaurant, Big Esso, is all about the food she grew up with. Expect tamarind pippies, buckets of grilled shrimp, and fried crocodile (it’s more like fried chicken than you might think) with salt and peppery berries. A small retail area sells products from Mabu Mabu’s indigenous partners, as well as homemade hot sauces, seasonings, spice blends and teas to take home. Perseverance in the face of a fire, pandemic, and burnout eventually allowed the clever Sydney faithful Nomad to cook on Flinders Lane. “It’s brutal to say the least,” says executive chef Jacqui Challinor. With owners Al and Rebecca Yazbek, she replicated Nomad’s heart in Melbourne. The menu is always focused on the flames. The products remain local. There are half a dozen signature dishes of the Sydney Original (including kingfisher ceviche with avocado, lime and cilantro crackers). But the rest of the menu is dedicated to new dishes and hybrid versions of old favorites that use Victorian produce, which Challinor is undeniably obsessed with. In the former Ezard space, the sophisticated layout retains its bones but showcases the open kitchen and adjacent charcuterie display (Nomad is known in Sydney for its homemade charcuterie program). 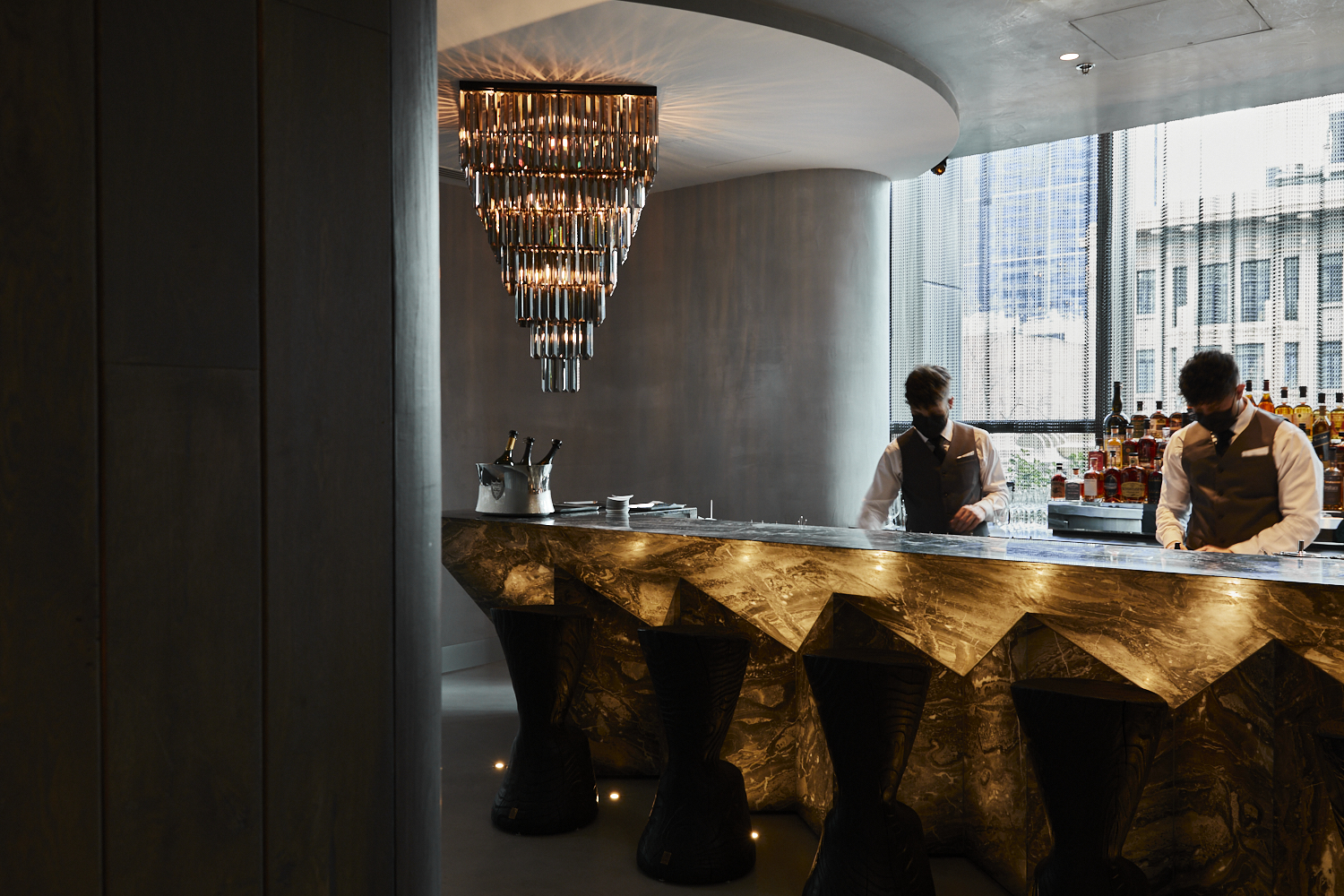 Turning four years of anticipation into action, Chris Lucas’s Society has established itself as the culinary tour de force we’ve been waiting for. But when it opened in August, we had less than a week to experience it before Lockdown 6.0, in which Chef Martin Benn and his partner Vicki Wild announced their departure. Although the team at the top looks a little different, the show goes on. In the lavish dining room, intricate Japanese-inspired dishes are served under crystal chandeliers, or you can perch at the angular marble bar with a Martini accompanied by caviar and pretzel. And in November, Yakimono lit up next to it. Big, bold and loud, this is “Lucas’ take on Tokyo, Melbourne – with the volume turned up,” as Sofia Levin wrote. It’s inspired by Japan, fueled by fire, and designed to linger late into the night.

After seven years in South Yarra, the French brewery Entrecote has found a new, more mature home. In addition to the signature dishes, there’s now a caviar and vodka cart, a raw seafood bar, a late-night dinner menu, and brain cocktails behind Romeo Lane. And Borneo-born chef Esca Khoo, who has cut his teeth in some of Australia’s best restaurants, envisions the future of Asian and Australian cuisine at Miss Mi, where her heritage, education and culinary experiences do. one.

Shannon Martinez’s sprawling vegan center, slated to open in December, will include a restaurant, deli, grocery store, and cafeteria-style station (with a vegan grill). It is the new home of Smith & Daughters and Smith & Deli, in a space that is double their combined size. By a master of plant-based cooking, the scope of this project speaks volumes about the upward trajectory of vegan food in Australia.

Want a reminder of the best restaurant openings of 2020? Find our list here. And, of course, we’re not all over the novelty: here are our guides to the best Japanese, Italian and Thai restaurants in Melbourne.

Melbourne’s most iconic must-see spots, according to you